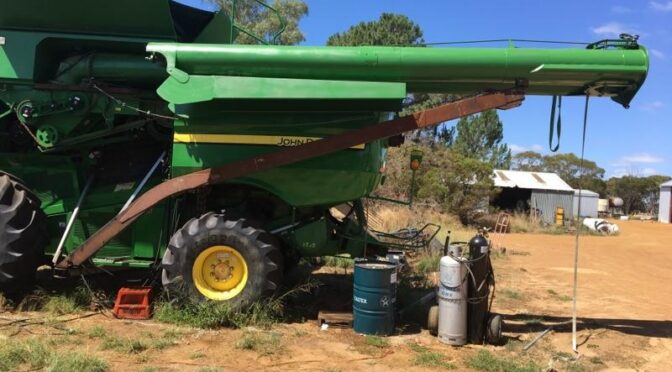 The client has developed a folding auger arm to extend the reach of the arm in the hopes of reducing soil compaction during harvesting. The folding arm is actuated by 3 hydraulic cylinders working in unison.

Precise control of the position of each cylinder was required for smooth extension and retraction of the arm without causing any damage to the system. Two of the cylinders incorporated internal position sensors from Balluff and installed by Nordon. The third cylinder was longer, so an external draw wire was used instead.

We'd love to hear from you! Please get in contact to start a
conversation about your business requirements.

Talk to our service team 1300 781 178
Looking for a specific branch? View all contact details